Talcum powder is a soft, naturally-occurring mineral used in personal hygiene products to absorb moisture, dry the skin, reduce friction, combat odor, and prevent rashes. Manufacturer Johnson & Johnson began selling baby powder as one of its first products in 1886, pitching talc as a way to combat diaper rashes in 1894. By 1913, they were marketing their product to mothers interested in hygiene with the slogan: “Best for baby, best for you.”

While natural talc contains asbestos, manufacturing processes dating back to 1970 claimed to remove all traces of the carcinogen. According to Reuters, “J&J didn’t tell the FDA that at least three tests by three different labs from 1972 to 1975 had found asbestos in its talc – in one case at levels reported as ‘rather high.’”

For decades, internal test results were hidden from the public. The first talcum powder lawsuit was filed by a spa worker in Jefferson County, Texas in 1997. The plaintiff ultimately dropped the claim when she was unable to get J&J to release the documents she requested. “When you are the plaintiff, you have the burden of proof. We didn’t have it,” said Darlene Coker’s attorney, Herschel Hobson.

Who is eligible to file a talcum powder ovarian cancer lawsuit?

Simply using talcum powder over a period of years is not enough to warrant the pursuit of damages through civil courts. However, if you or a loved one used talcum powder frequently and have recently been diagnosed with ovarian cancer, there may be a link.

In 1971, researchers discovered that 75 percent of the ovarian cancer tumors they examined contained talc particles. A decade later, a Harvard study identified a 30 percent increased risk of ovarian cancer in women who routinely used talcum powder for feminine hygiene. Internal memos show Johnson & Johnson executives knew of the potential risk associated with their product as early as 1997, but felt the risk was too low to justify warnings or product discontinuation.

One theory is that the talc powders enter the female reproductive tract, where they cause an inflammatory response, thus making the growth of cancer cells more likely.

The Time to File Your Claim is LIMITED.

Speak with a Lawyer for Free.

*By clicking the Submit button, I consent to being contacted by Alexander Shunnarah Personal Injury Attorneys at the number I provided. I also consent to receiving advertisements and telemarketing messages by text message or pre-recorded call, either of which may be dialed by an autodialer. I acknowledge that my consent is not required for purchase, that standard message and data rates apply, and that clicking Submit constitutes my electronic signature for my consent to being contacted and my agreement to the Terms and Conditions.

You may be eligible to file a talcum powder ovarian cancer lawsuit if:

The statute of limitations for filing a personal injury or product liability lawsuit differs from state to state. In many states, the statute of limitations is two years from the time of injury (your cancer diagnosis). However, all the facts in this case are just now coming to light, so you may not have made the connection between your talc use and your cancer diagnosis. Fortunately, many states allow for “delayed discovery,” meaning that the clock starts ticking once you know or should have known about the link between talcum powder and ovarian cancer. Please call Alexander Shunnarah as soon as possible to discuss how the statute of limitations pertains to your case.

Over $5 billion has been awarded to talcum powder cancer lawsuit plaintiffs, including:

This is not to say these lawsuits are a slam-dunk. Many cases have been thrown out of court for “insufficient evidence” and rulings overturned if the proper protocols were not followed. For this reason, it is important to work with a legal team that is familiar with talcum powder lawsuits specifically.

If You File A Class Action Lawsuit, Talcum Powder Claims Could Be Lower

A class action lawsuit lumps similar claims together. If a judge agrees the central claim is valid, the dangerous product manufacturer could be ordered to pay a large sum of money, which is then divvied up amongst the claimants. Each plaintiff receives the same amount, regardless of specific injuries or medical costs. In 2018, a talcum powder class action lawsuit was tossed out by the U.S. Court of Appeals for the Third Circuit. The grounds for the class action was based on the lack of warning labels, but the plaintiff did not have ovarian cancer, so the case was dismissed as “buyer’s remorse.”

Another way of proceeding is through multi-district litigation (MDL). With MDL 2738, early discovery is streamlined for similar cases to save time. The same judge presides over a series of bellwether trials, which reveal the strengths and weaknesses of the central argument. While early successes may set a precedent, each case has “its day in court.”

If successful, you may receive compensation to cover past, present, and future medical expenses, lost wages and loss of earning potential, emotional pain and suffering, and punitive damages on top of all that. Survivors of loved ones who passed away from ovarian cancer may receive a monetary award for wrongful death, funeral costs, burial expenses, emotional pain and suffering, loss of companionship/guidance, and loss of income. 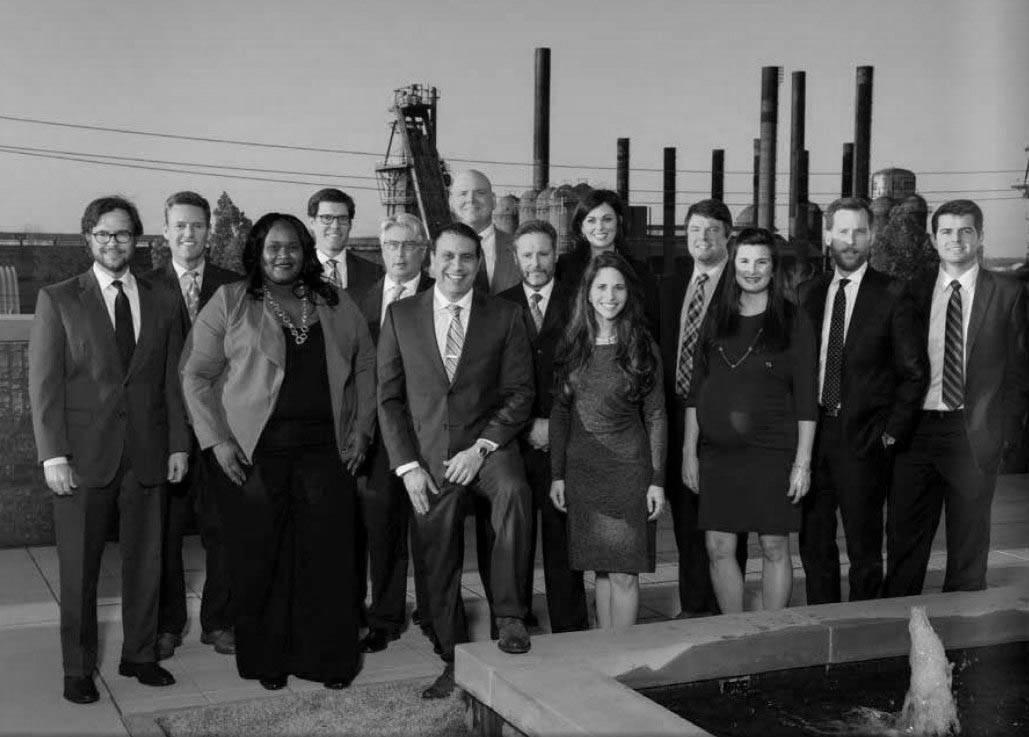 Alexander Shunnarah Injury Lawyers is known nationwide for providing outstanding legal advice and excellent representation. We have recovered over $1 Billion in lawsuits involving personal injury, wrongful death, social security disability, and mass torts. Our prowess in the legal arena comes from our combined years of trial and complex litigation experience.

We founded our practice on the belief that the civil jury system is the best means to provide compensation to injured parties and deter wrongdoers from injuring others in the future.

The manufacturers of talcum based products have been sued for failure to warn about the potential risk of cancer while using or being exposed to their products.

*By clicking the Submit button, I consent to being contacted by Alexander Shunnarah Personal Injury Attorneys at the number I provided. I also consent to receiving advertisements and telemarketing messages by text message or pre-recorded call, either of which may be dialed by an autodialer. I acknowledge that my consent is not required for purchase, that standard message and data rates apply, and that clicking Submit constitutes my electronic signature for my consent to being contacted and my agreement to the Terms and Conditions.

Do you have a very serious personal injury case? One that's big, complicated, maybe life altering?